The 23rd of June, 2013, was the first I stepped foot into Canada. I was new girl in town, ready to make the most out of this new opportunity I had been blessed with. The fresh smell of the Canadian air incited questions into my young, naïve mind: “What can I make out of this new land?” I scurried out of the airport, and into the taxi, and one difference in Canada, from my home country, already caught my eyes: the hygiene. 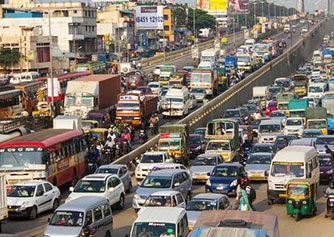 Growing up in India, I had little to no idea about what proper education about hygiene looked like. This doesn’t mean that I didn’t wash my hands, or that I didn’t take care of myself- in fact it was the total opposite. I was always on top of my personal hygiene. To be even more specific, I've been taught three things since the beginning of my sweet, short 16 year life:

Following up with points one and two, it is quite evident that my parents did the best they can to provide me with the best hygiene resources at hand; it was, and still truly is a privilege. As for point three…it's quite self-explanatory.

Personally, I was the best at following point one. Not to toot my own horn, but I even got the “Neatest Student Award” in junior kindergarten (yes, awards like that exist). Point two was never my weakness, I always took care of my grandparents, and even reminded my parents at times (savage, I know). As for point three…let's not go there.

Until the age of 9 when I stepped foot in Canada, I was a master at following personal hygiene. But upon stepping foot into this country, I realized that I had been ignorant towards the idea: education about hygiene. India is a developing country, and is a country that is overly populated. Not many people are fortunate enough to be educated like me to turn an eye towards the education of personal, and environmental hygiene. Moreover, proper education in India is not free. Despite the privilege I had to be sent to a school that taught me about hygiene, I was ignorant towards education about hygiene. I never knew about the pollution, and hygiene problems many people in India are exposed to. When I was living there, it all seemed normal to me. Therefore when I stepped foot into Canada, I was hit with the thought on how dangerous the living situation in India truly is.

Now, let's fast forward to 2016. I was on my way to make my first return trip to India. I have not seen the place in ages! I had envisioned for the environment to be developed and neat (like Canada). I envisioned improvements to the system. Although, to my disappointment, everything was the same as before. The same problems, the same hygiene. This was also my first time putting on the lens of a first world resident, and viewing India as a first world citizen. My lens shifted so much, to the point where I have been amazed by the minuscule difference of the shortage of menstrual hygiene resources. As I said, it truly did not catch my eyes when I was living in India.

Canada is a great country to provide personal hygiene lessons and sex education at an early age, but many people in India are not even close to having such an education (I was very fortunate). Sex education is still a taboo, while hygiene is not given great importance by many publicly run schools to teach. Many Indian traditions hold a taboo against even speaking about menstruation and sex. I have been a victim to witnessing these taboos. I have seen many women staying away from the kitchen, and the prayer rooms due to menstruation being accompanied with the feeling that they are impure. I have been under the same roof.

While living in India, I have not only witnessed such taboos, but I have also witnessed people trying to “break these taboos”. Although these people were not the ones being affected by the taboos, these were the people who knew nothing about them. I have witnessed many NGOs trying to help break such taboos. But one thing always agonized me: NGOs who try to help women in India, are not there to show them love, and persuade them, but rather, be quick to judge their beliefs. And I know what some of you might be thinking: “So What? They are just trying to help?”. My response is simple: Please be aware that you are looking into this problem from a first world lens.

To give a little insight into the depth of the problem, let me recite my personal story surrounding these taboos? Till date, when I am menstruating, I am not allowed to walk into the prayer room (I live in Canada). To be completely honest, I never knew why until recently. Whenever I asked my mom, she would reply with the same answer, “there’s a reason for everything”. This just shows to prove that many Asian countries are accustomed to never really having a true reasoning behind the taboos, but are all drawn to following ancient traditions (like my family). This is also when I decided to do my own research. After reading several articles, I have come across just one that explained why menstruating women are not allowed to enter the prayer room, in complete English. This is not because they are impure- but rather because they are considered to be equally as pure as the Gods. They are forbidden from worshipping them because how can one think highly of someone else, when they are on the same level?

In addition, NGOs who visit them act as if they know everything behind their customs, in order to educate them. They shame these customs, and look down upon them. How would you feel if your customs, and beliefs were looked down upon? In my eyes, there is a very fine line between education and utter mockery.

When I visited India for the second time, December 2019, I enquired my grandma (to a point of frustration) about her views on NGOs trying to break apart these taboos, and help educate the uneducated. She told me that whenever NGOs come into these rural areas, they judge many, and act as if the locals are not worth being educated (keep in mind, my grandmother is an educated woman). Therefore, they fail to get their message across, and in turn, end up hurting many locals.

Change regarding hygiene, in India (and other Asian countries), has a long way to go. An understanding needs to be present within the helpers that the superstitions have been set into place for several centuries. Compromises need to be made with the way they are trained to tackle these issues. In my eyes, there can be a great change with education about hygiene, if NGOs come into this with the mindset of loving the people, as opposed to judging them through the eyes of pity and plain disgust. At the end of the day, we must remember that everyone is human, and the worldviews of a person can be highly influenced from where they are in the world, like mine. I had never noticed the bad hygiene conditions in India, until I was made aware of it through a first hand experience; coming to Canada. Similarly, these NGOs should go about tackling and educating the locals through the lens of being raised in a developing country, as opposed to being travellers from a developed one.

Deeksha Yelamanchi is a student at Father Michael McGivney. During her free time, she loves to sleep and listen to music, or play her flute. She is highly motivated by social justice issues prevalent to the Indian society, and is interested in helping combat these problems in some way or another. She aspires to be a neurosurgeon in the future who can provide free surgery to those of low income backgrounds, in India, and other developing and underdeveloped countries.

A Conceited Teen’s Guide to Thriving in Quarantine

An Experience of Volunteering with Students with Learning Disabilities